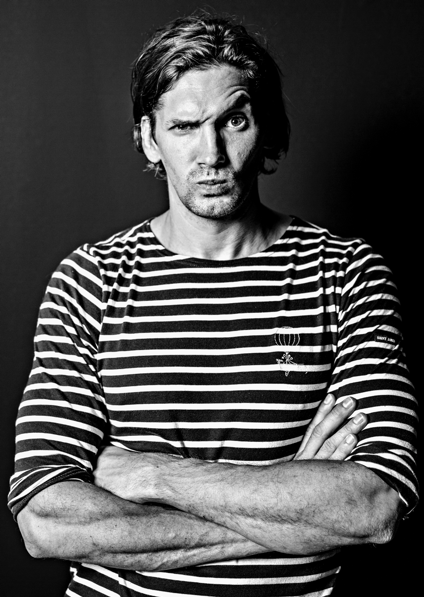 Parisian born and raised, he first began bartending in Paris in 2005 where he was trained in the art of classic cocktails. In 2007, he moved to Australia and began work inMelbourne, where he spent a year crafting libation.

In 2010 Nico joined the opening teams at Dram and PKNY (former Painkiller) in New York and then became the head mixologist of the Experimental Group, opening back to back the very successful Experimental Cocktail Club in London and New York,respectively nominated 3rd best bar in Europe 2012 at CocktailSpirits Awards and top 4 finalists World’s Best New Bar in 2013 at Tales ofCocktails and 26th best cocktail bar in the world by DrinksInternational.

In 2015, he opened his first cocktail bar Mace in East Village in New York ranked 28th best bar in the World at Drinks International World’s Top 50 Best Bars, for the fourth year in a row.

In 2016, he opened inParis Danico, in the heart of the Italian trattoria Daroco, with his two restaurateur friends Julien Ross and Alexandre Giesbert.

In 2018, he opened Kaido in the Design District of Miami with James Beard’s awards multi-nominated chef Brad Kilgore, a Japanese influenced cocktail lounge.

His approach of drinks is inspired by travels and cuisine, always trying to get new flavors, combinations and techniques. He uses a lot of modern techniques, like sous-vide to achieve the best flavors, centrifuge to clarify juices or rotovap to make his own distillates.

Nico de Soto won the ward of the “Most Influential French Bartender” at Cocktails SpiritsBar Show 2014 in Paris.

In 2016 he was ranked “40th Most influential French people in their thirties in the French gastronomy”(he’s the only bartender in the ranking).

In 2019 he is ranked 22nd“Industry Most Influential Figure” by Drinks International.

This unique experience reflects on his work and his way create in mixology. He is known today, inFrance and Worldwide,  to be the one who brought back and popularized the Clarified Milk Punch, but also being responsible for introducing the pandan as a new trend in the mixology.

Finally, Nico has his own line of bar tools created in collaboration with the World leader barware company Cocktail Kingdom